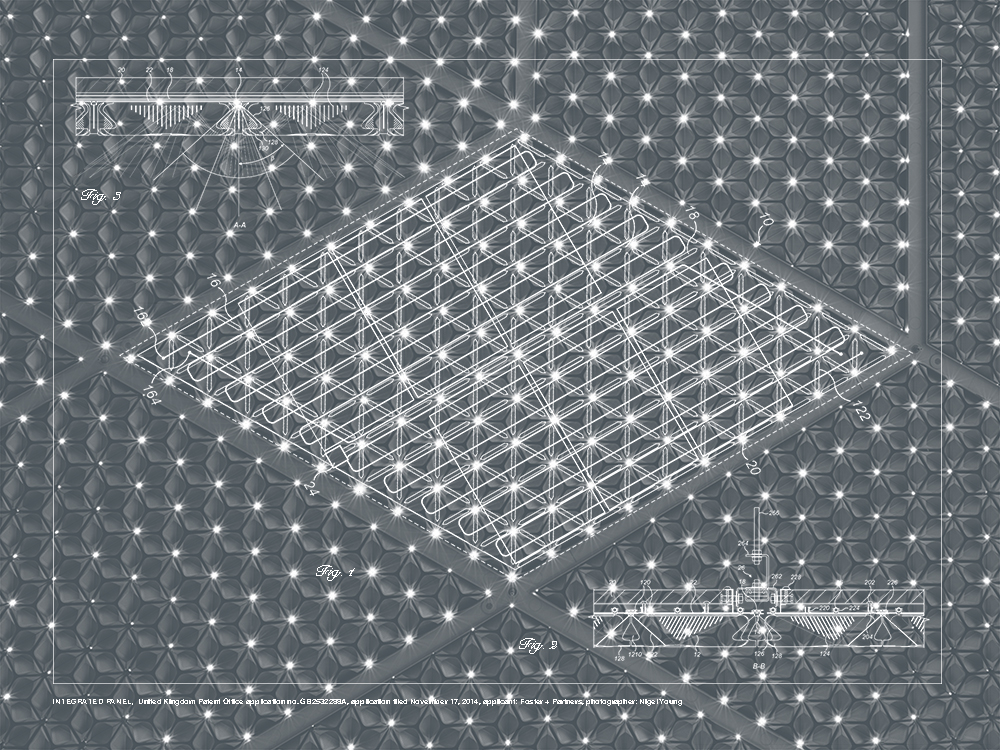 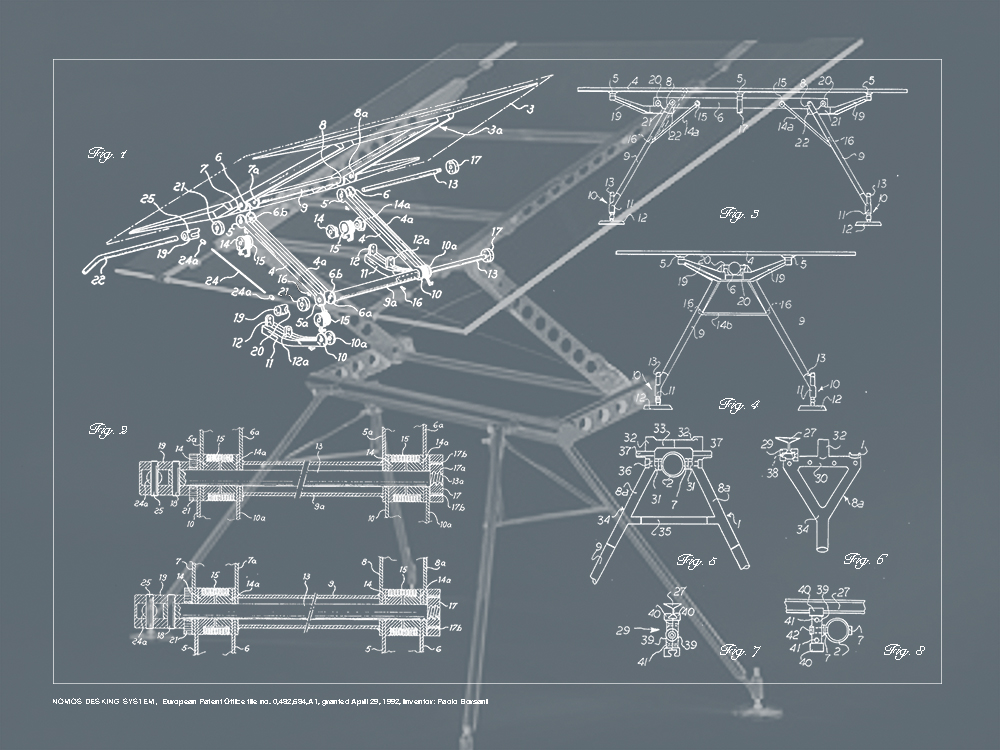 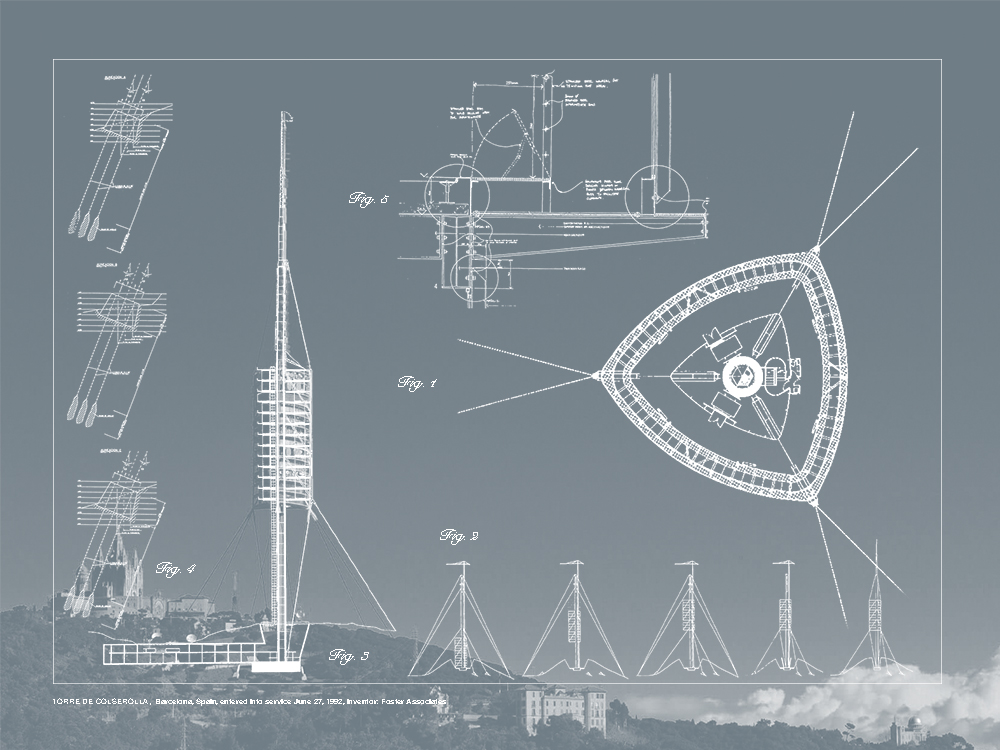 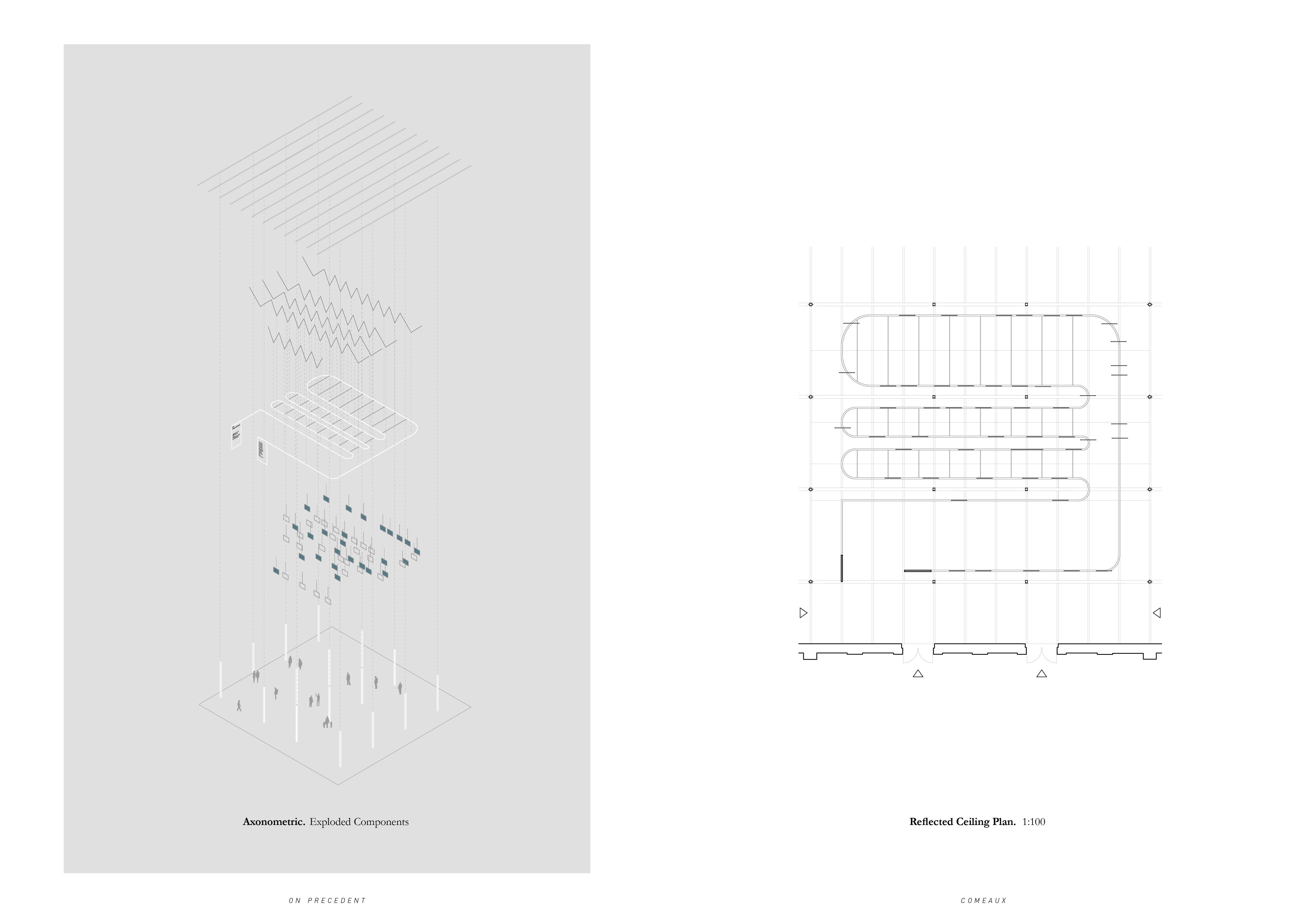 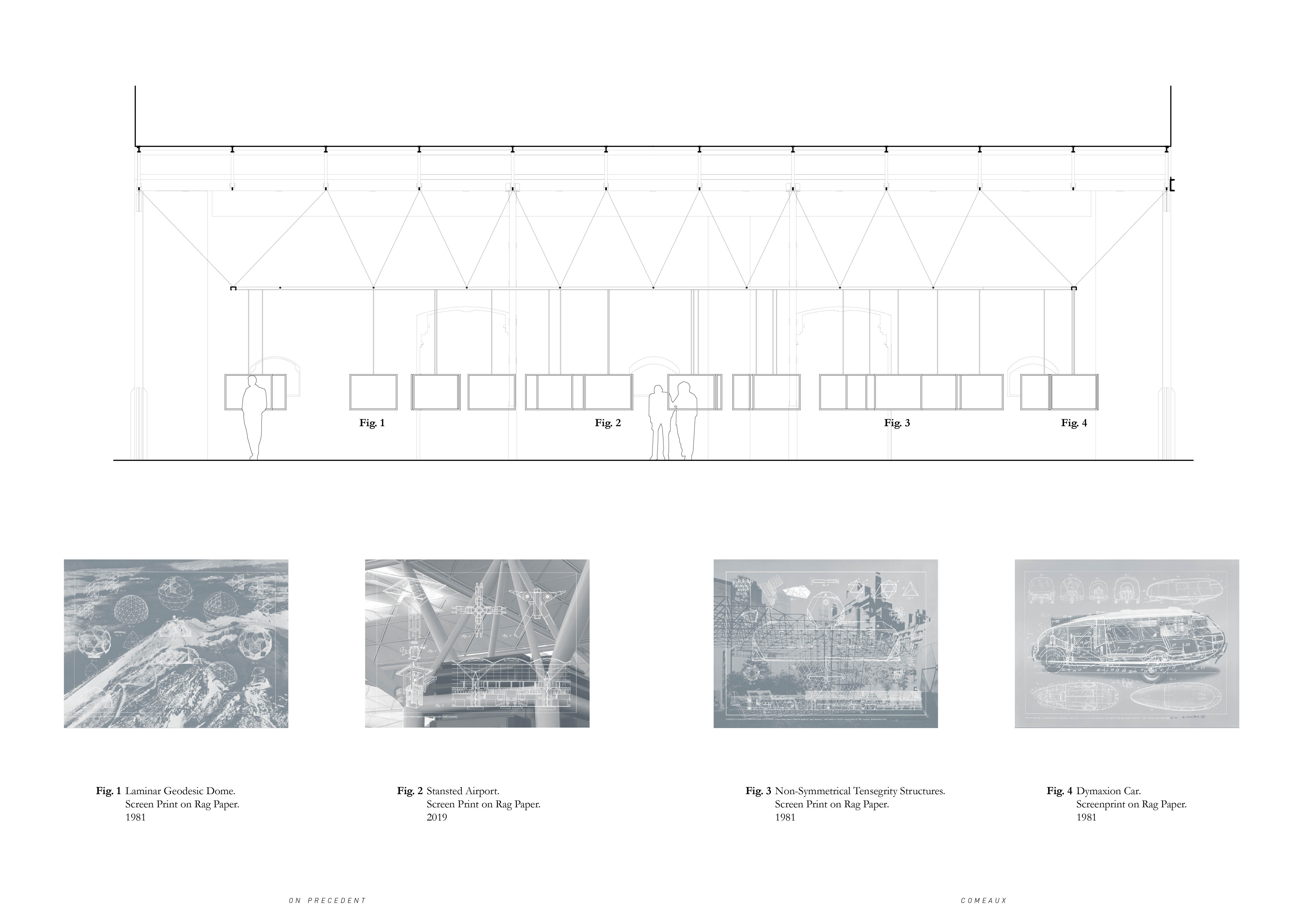 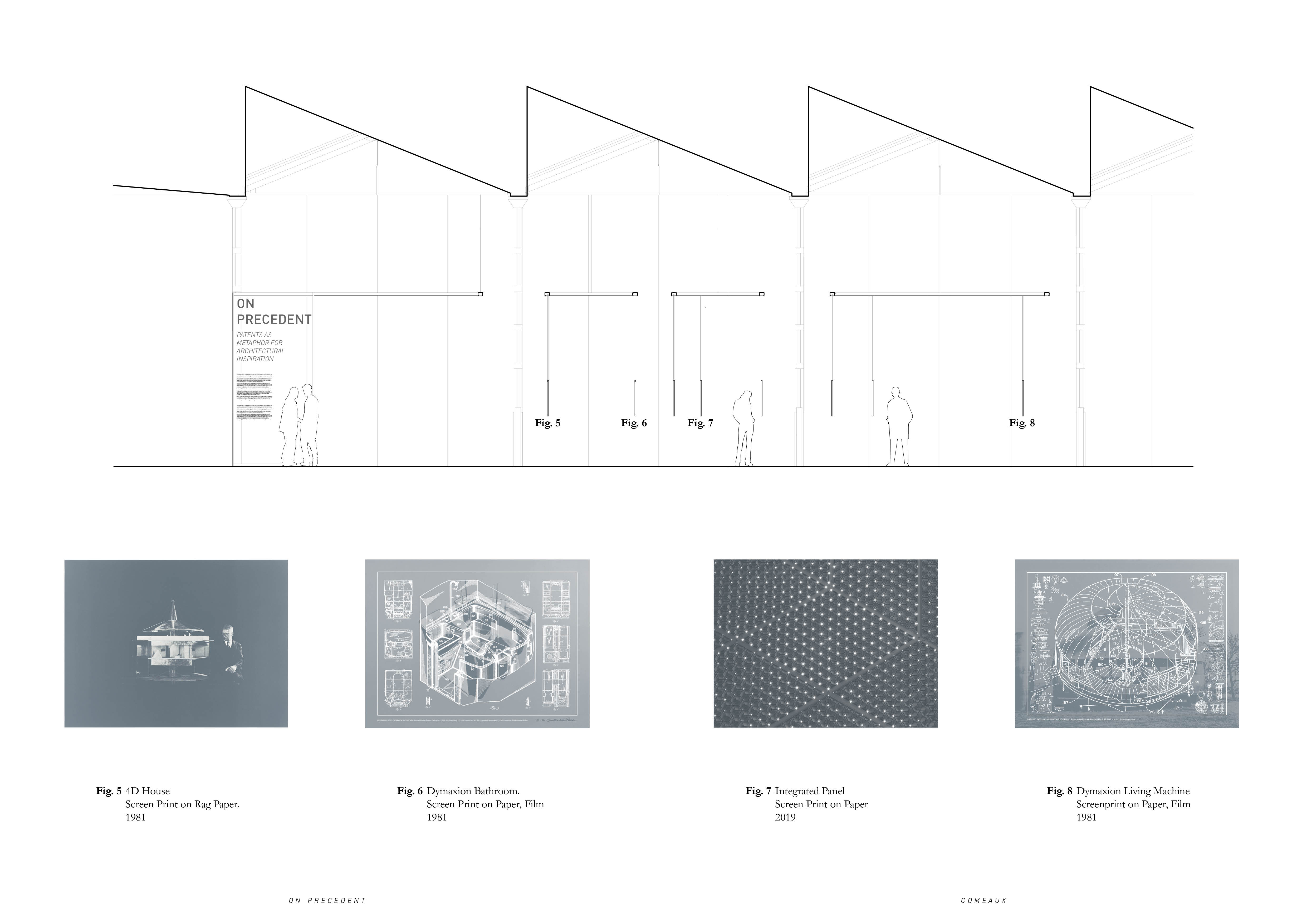 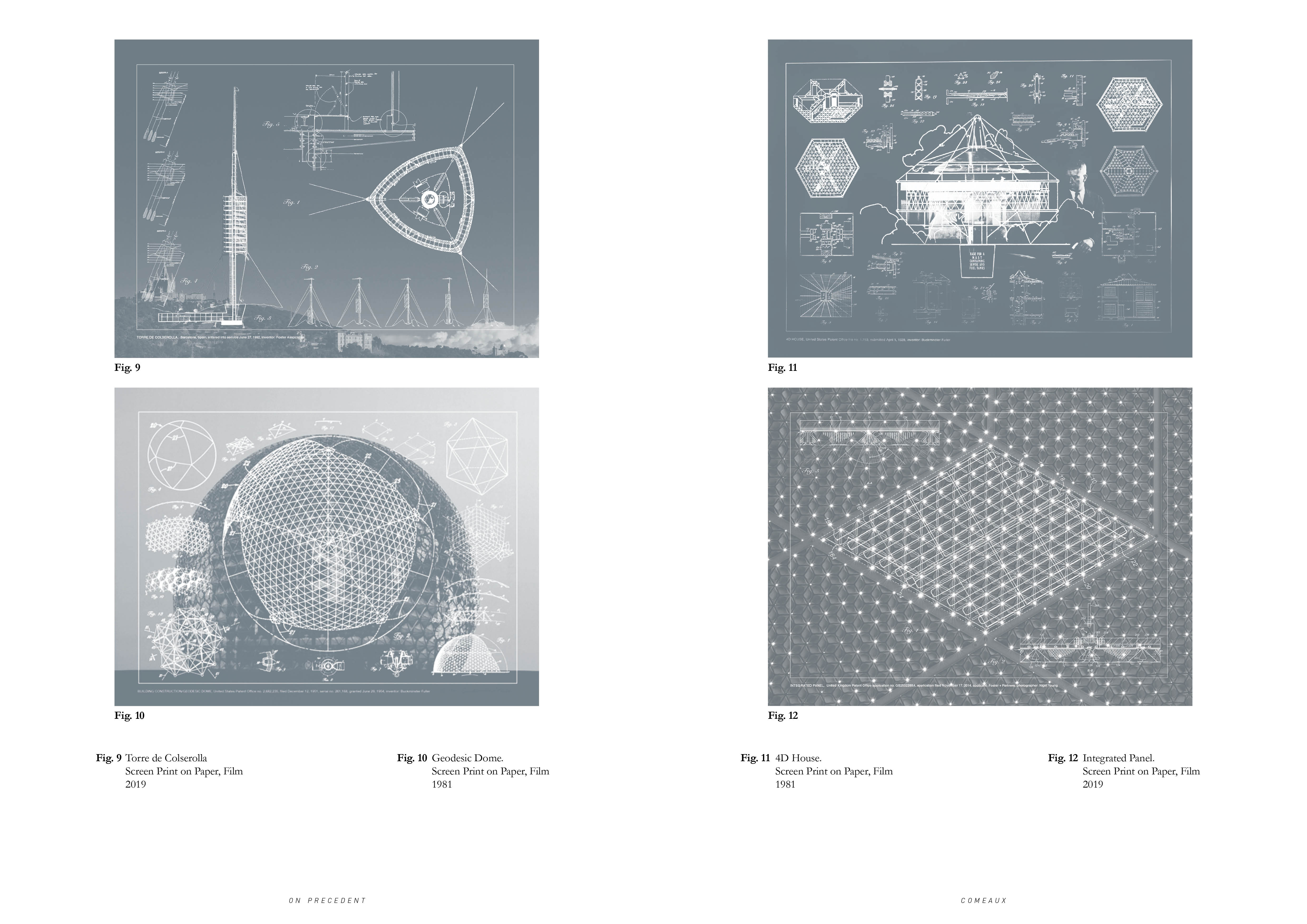 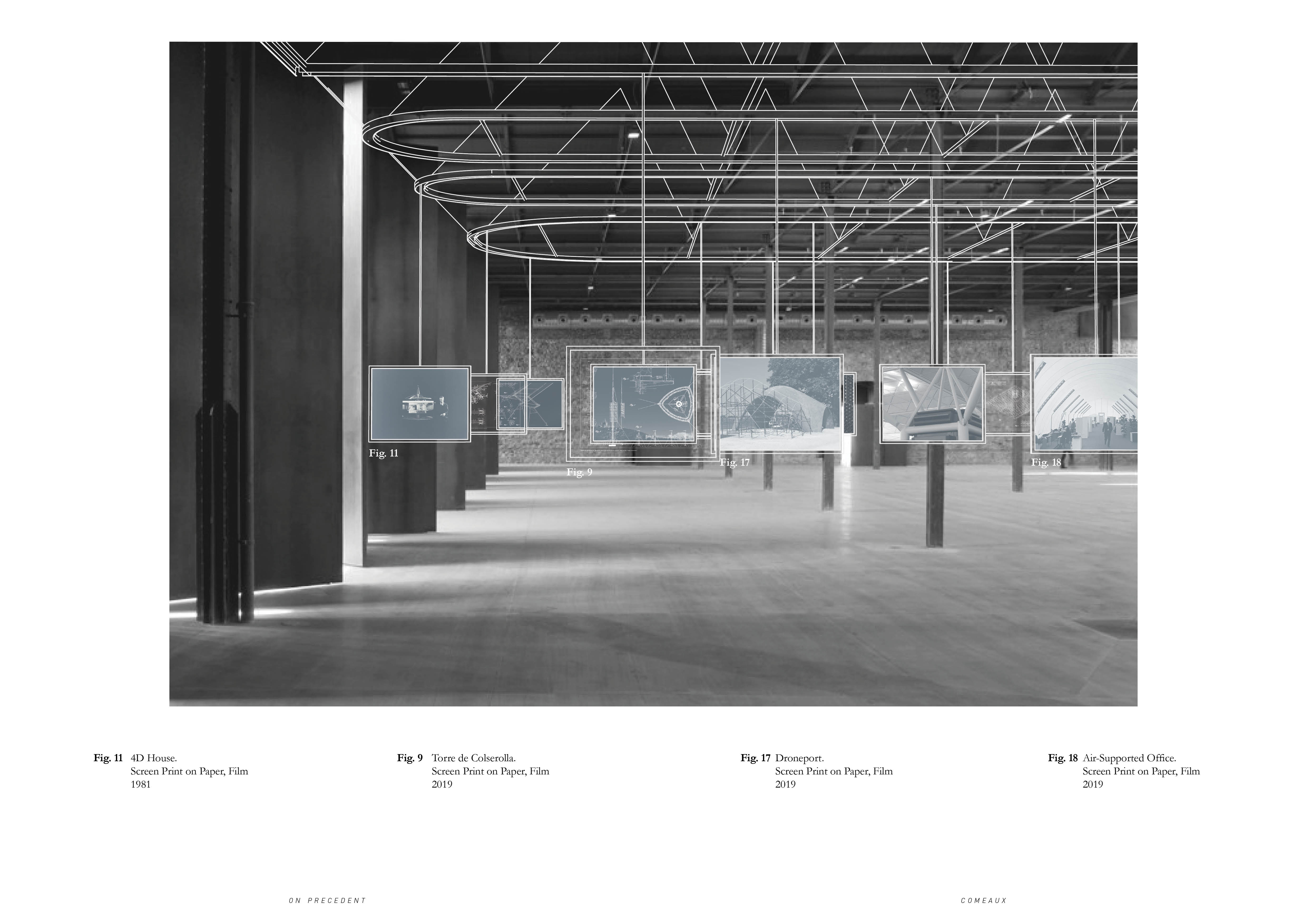 The idea that architecture can exist without reference or precedent is a fiction that has been propelled by a desire for each work of architecture to be unique, the first of its kind, but the assumption that architects begin with a blank sheet of paper, and, to paraphrase Oscar Niemeyer, “from the pen, a building appears,” misses the value of understanding what has come before in order to create what comes next. By demystifying the myth that patents exist under an umbrella of pure invention, it is then possible to use the patent process as a metaphor for architectural inspiration.

The Norman Foster Foundation circumscribes thematic collections like Flight, which displays the influence of aviation on Foster’s work, or Back to Basics, which displays the influence of his formative years in Manchester, and in doing so constructs a narrative to demonstrate the multitude of influences that have inspired Foster over the course of his career. This exhibition uses the patent drawing itself to blur the lines between the work of Foster and his mentor and collaborator, Buckminster Fuller, as a starting point to examine the relationship between invention and architecture.

By appropriating the representational conventions of the 1981 exhibition of Buckminster Fuller's patents to abstract Foster’s work, ownership of the projects begins to fade away, blending together with Fuller’s. The entire body of work could be that of a single author, or of a multitude, playing off one and other to create new relationships and combinations. On Precedent seeks to shift attention away from the heroic image of an architect as the sole creator of a building or design, to the sources from which they draw inspiration, as a more holistic depiction of the architectural design process.

This project was undertaken as part of a four-week course at the Norman Foster Foundation in Madrid.